Question on Basicity of amines and amides 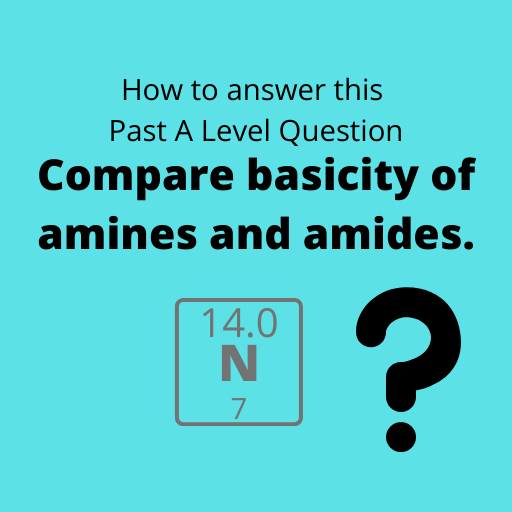 In this post, let’s look at a sample question from the past A Level paper.

Question on relative basicity of amines and amides

Ethylamine CH3CH2NH2 has an electron donating ethyl group attached to the amine group which will enhance availability of this lone pair of electrons on nitrogen.

For phenyl amine, this lone pair of electron is delocalised into the benzene ring. What’s the result? Decrease in availability of lone pair electron on nitrogen.

For ethanamide, we learnt that amides are neutral, as the lone pair is not available for forming a dative bond with a proton. Hence, ethanamide will be the least basic.

With that, we can arrange the compounds in order of their relative basicity:

And the explanation for this order of their relative basicity:

A base is a proton acceptor. The more available is the lone pair of electron on nitrogen for dative covalent bonding with nitrogen, the more basic the nitrogen compound.

In ethylamine, the ethyl group is electron donating and will increase electron density of the lone pair electron on nitrogen, making it more available for dative bonding with a proton.